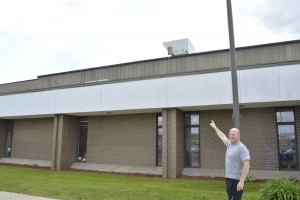 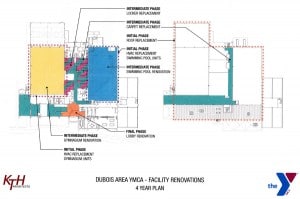 DuBOIS – The DuBois YMCA helps people get in shape, and now the building itself is getting an overhaul.

President/CEO Dan Dowling said the first phase of a four-year renovation project at the YMCA is beginning next month.

He said the roof over the gym and the pool will be replaced, beginning in early June. Curwensville Plumbing and Heating will do the HVAC work and 768-Roof will put on the new roof.

He said the current roof has been on the building a long time.

“It’s an original roof put on the building in 1979 and it needs changed,” Dowling commented. “It served its time, and I think it’s a long time for a flat roof in central Pennsylvania.”

There will also be other renovations and improvements in the future.

Dowling said they include the renovation of the locker rooms with new carpeting and lockers; a new floor in the gym, as well as a new ceiling and lighting; and new weight equipment for the fitness center.

In addition, he said handicapped accessibility issues will be addressed throughout the building.

The pool bottom and pool deck will be resurfaced, and handicapped accessibility will be addressed at the pool, he said.

The “very end” of the project will include renovations to the lobby.

According to Dowling, contributors to the capital campaign to fund the project have been notified, by letter, of the start of the renovations.

Dowling said the YMCA would someday like to put in a therapeutic pool, but he said that would require more fundraising.

“Right now, we’re only doing what we have money for,” he said. “You don’t want to overspend.”

He noted that anyone wanting to make a donation can contact him by email at dtdowling@comcast.net.

We're not around right now. But you can send us an email and we'll get back to you, asap.